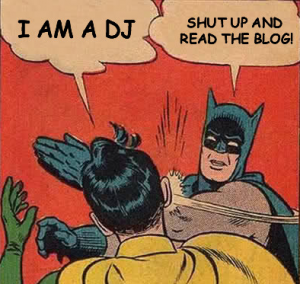 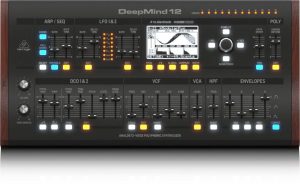 Written by Richard, teacher in Ableton and Maschine at the Dutch DJ Academy/DJ School Utrecht

Very interesting news from the synthesizer front; several teaser videos of a new synthesizer have been popping up. Most synthesizer enthousiasts will probably think of some of the big players in that market immediately; Korg, Moog, Dave Smith, Nord, Yamaha or Access, to name a few. But this one comes from an unexpected side: german company Behringer. Then again, company founder Uli Behringer is said to have already built his first synthesizer when he was only 16; so it’s not completely crazy. We already know that i twill be called the Deepmind 12; a 12-voice polyphonic synthesizer.

German company Behringer has been around for quite some time. Most producers and DJ’s will know it as a “buget brand”. This might sound a bit negative. The term is usually applied to lower quality gear or limited functionality. But this does not always have to be the case, that much is certain.

Many producers have some sort of love-hate relationship with Behringer. The company offers a huge amount of gear; anything from effects units to microphones and midi controllers to DJ mixers. Not all of their gear is of the same quality though. That makes sense; to keep gear affordable, you sometimes have to compromise. This can be done by using lower quality parts or a simplified housing, for example. Compare it to Ikea, if you will. Lower pricing means increased popularity, but you also know that it will probably not last that long. But within the whole Behringer range of gear there are also some “classics”; devices that turned out tob e quite good and functional, despite their lower price. Good example are their BCF and BCR midi controllers. Controllers with automatic faders or rotary knobs for a very low price. Not very great to look at, but very functional nevertheless. Daft Punk used these controllers for years in their famous pyramid liveshows.

One of the things that was missing from the range of gear was a synthesizer. But that is going to change now. It will be called Deepmind 12. Sounds a bit like the name of a chess computer, but the available specs are at least ambitious and interesting. Quite daring, too, for a company that has not ventured into the synthesizer market before. According to the teaser videos it will be a polyphonic synthesizer with many control options. Many people are already discussing the possible price too. If this synth becomes somewhat affordable and has a reasonable build quality, it might even be a very positive surprise!

Despite several teaser videos we don’t know everything yet. As long as there is no official release, we won’t know exactly what to expect. But you can already hear some comments from synthesizer professionals. The video with this blog shows you feedback by several synthesizer veterans; Vile Electrodes, modular hero Richard Devine and even our local synthesizer guru Allert (Sonar Traffic). First impressions seem to be quite positive. That same thing goes for the sounds that can be heard in the video. At least it makes you wonder what more to expect.

“OK, another synthesizer. Not really interesting” I can hear some of you think. But besides the fact that this is a completely new step for Behringer, there are more interesting developments. It seems there are both key and desktop versions of the synthesizer. The videos also show 4 integrated effects units. Made by TC Electronic and Klark Technik. Big names in the gear business! Also cool; the synth will rpobably have an integrated wifi connection that makes it possible to control nearly all parameters through a wireless network. It seems they even have a special ipad app fort hat. Interesting stuff that raises the bar for modern synthesizer development.

All very nice and interesting, but what will the price be? Something everyone would like to know, of course. Similar functions usually don’t come cheap. But since this is Behringer – THE budget brand – you would expect it to be somewhat affordable too. The term “affordable” is a very broad one when it comes to synthesizers. But if this machine stays under the 1000 euro mark, it might actually become a serious alternative within the current synthesizer market.

Also interested in this kind of device? Have a look at the other Behringer teaser videos too and see for yourself. Despite the available info we still have to speculate for now. Not everything is known yet and the device has not been released officially. So we will just have to wait and see. Will it become a future classic? Or just a failed experiment? Time will tell. But it won’t be the first time Behringer surprises us with a remarkable and functional device for a very reasonable price. Let’s hope we find out soon!

Some info in English: